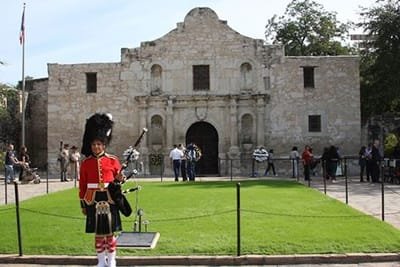 For Weddings, the pipes bring an added grandeur to the ceremony.  Highland Cathedral, One Love Released, New World Symphony are but a few songs to consider. For the reception, rousing tunes like Minstrel Boy and Rakes of Mallowe can be used for introductions, while Balmoral, Wearing of the Green, and When Irish Eyes are Smiling can provide a softer touch to the festivities and can be used for dancing.  While Jim's repertoire is large, time permitting, he can adapt your song to the pipes.
Of course, the stirring sounds of pipes can add a special touch to a Memorial Service or Funeral.  Whether it be a haunting lament like Glencoe, Danny Boy, Going Home, or Amazing Grace, Piper Jim can complement the service with The Branch of Service Melody and America.  If the death of the soldier, policeman, or fireman was in the line of duty, there will be no charge for his services.
Notre Dame Victory March, Candy, Whiskey in the Jar, Auld Land Syne, The Saints Go Marching In, as well as traditional Celtic songs like Back to Donegal, Gary Owen, Bonnie Dundee, Scotland the Brave, and Battle of Waterloo are often piped at Festive Occasions, be it a  birthday party or anniversary.
Piper Jim also has traditional hymns and festive songs for the Christmas season for tree lighting or church services.
St. Patrick's Day will bring out the Irish in everyone.  Do expect Jim to be enjoying the special day of green whether at a party, parade, or pub crawl.  One cannot get enough of Green Hills of Tyrol, Lochanside, Let Erin Remember, or Kelly the Boy from Killane.


Even though this piper's heritage is Polish, he can promise you a bit-o'-Scotland or a bit-o'-Ireland, lighting a fire in one's soul!